After fighting a cold, getting Pink Eye and a swollen face from that, and getting the flu, even though I had a flu shot, Bill and I hooked back up in La Paz.  Way too many baby germs but worth every minute with them!!!  However, it was great to be back to our little home and warm weather.

We jumped right back into our routine, listening to the cruisers net and walking everywhere we went. Bill immediately signed up for the cribbage tournament, being the master player he is.  He lost 15 out of 17 hands and one of the winning hands, the player dropped out.  But, it was a great way to meet great people!  Next time the Card Gods will be in his favor, I am sure.

Even though we were back, Bill was still dealing with a little business in Canada.  He forwarded an email to a neighbor at Little Bow only to get a reply that they were out of town and would reply later.  Turns out they were in La Paz!  What a small world!  We took Jim and Shannon to our favorite haunt, Tequilla’s and had a grand time!  Peter, Pedro, the owner and our new friend, was so gracious and we devoured a fresh salad and yummy pizza as well as too many liquid refreshments! 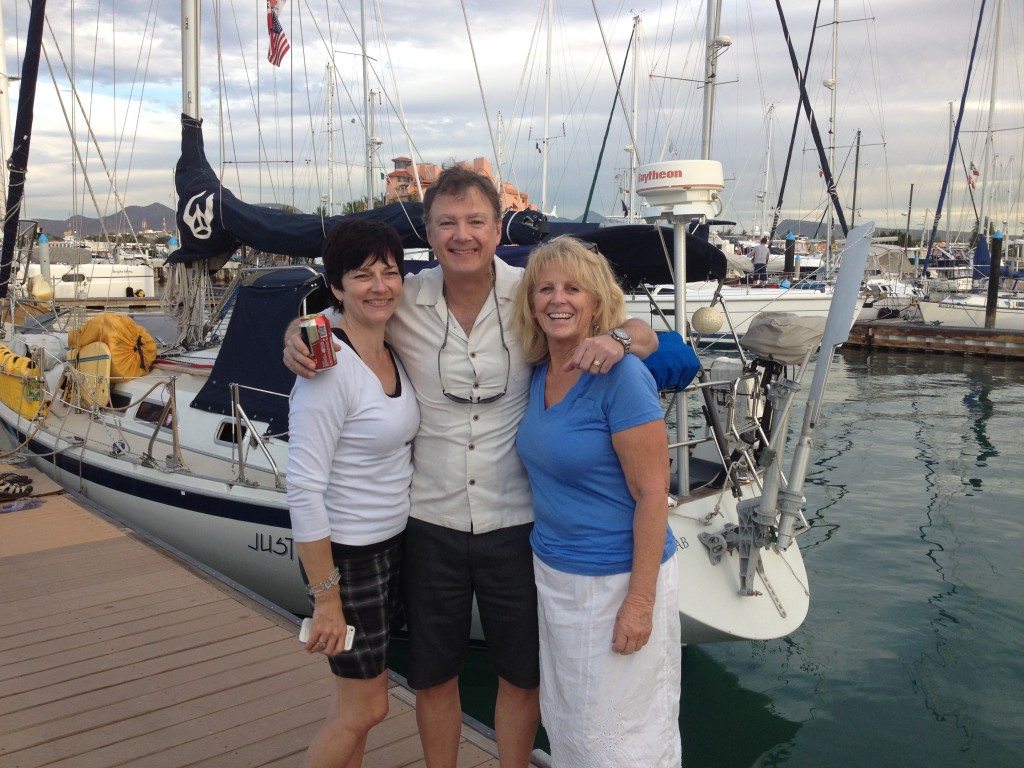 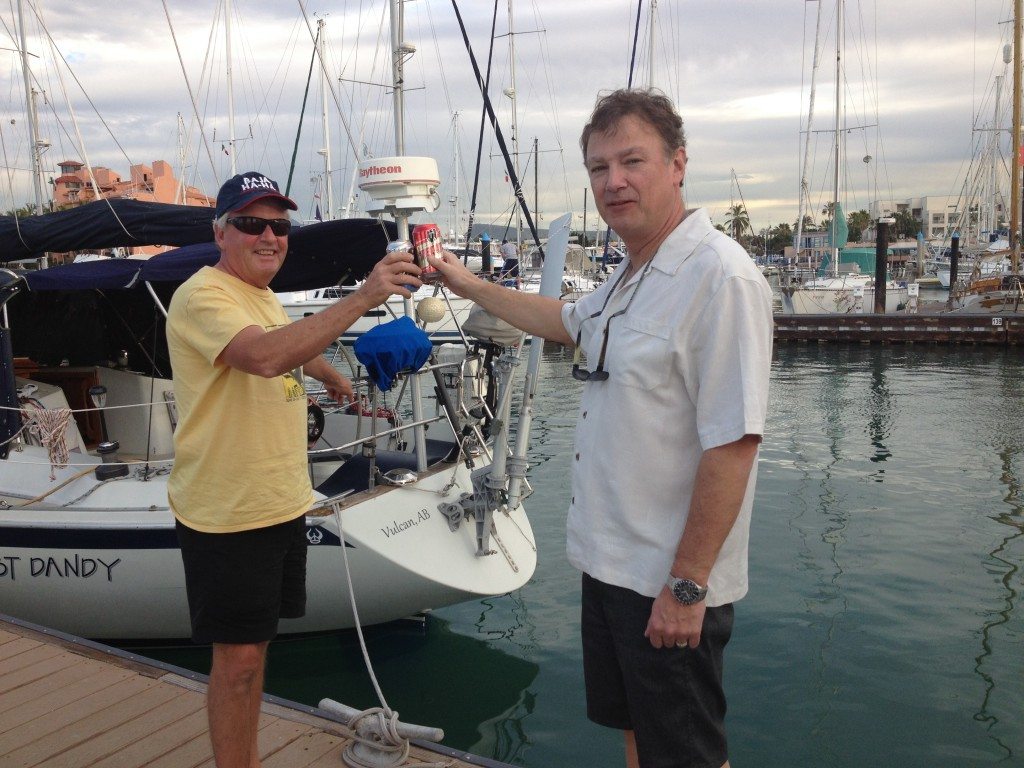 We had so much fun the first night, we joined them again for a great evening at Buffalo BBQ which was recommended by Anthony Bourdain on one of his shows.  I agree with him, a great place to eat! It was really fun to meet Jim and Shannon and I am looking forward to seeing them in Canada this summer.

We have spent the last week with Robert, an old friend of Bill’s.  They have known each other since high school and Robert’s wife, Brenda, went to 1st grade with Bill.  Story goes, he made her cry, but it may have been the other way around.  Robert was such an easy guest and a good sport sleeping in the ‘V’ berth each night. 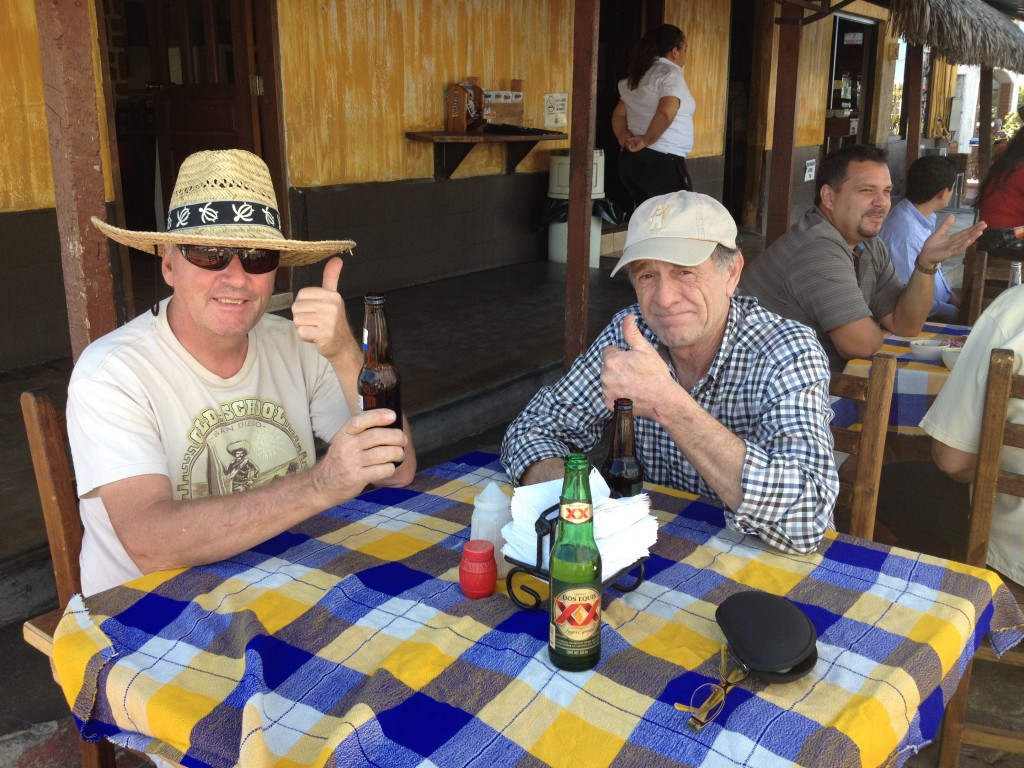 We decided to take Robert sailing and went up to Espiritu Santos, an island just north of La Paz.  Espiritu has been designated a National Preserve and is now protected from over fishing and building. It is a whole series of inlets and coves that are very inviting.  We went to San Gabriel inlet and dropped anchor, put the dinghy in the water and went exploring.  The water was crystal clear with beautiful, white beaches!  Finally, Robert, the man who would be king, was able to get Bill to pull his load! 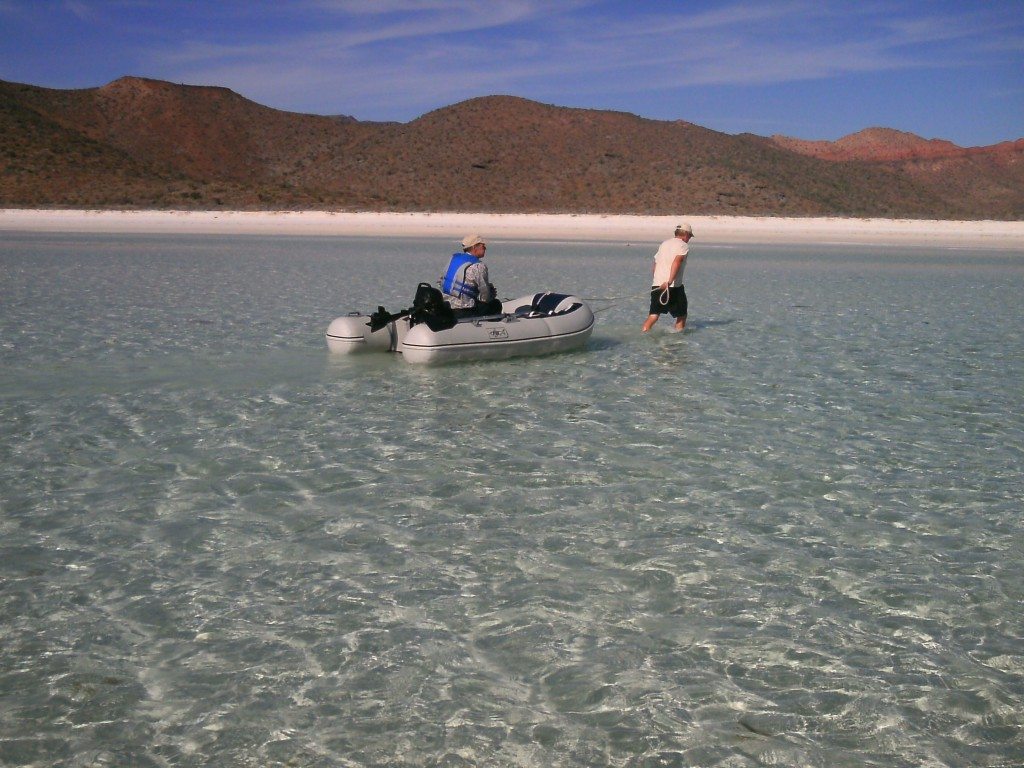 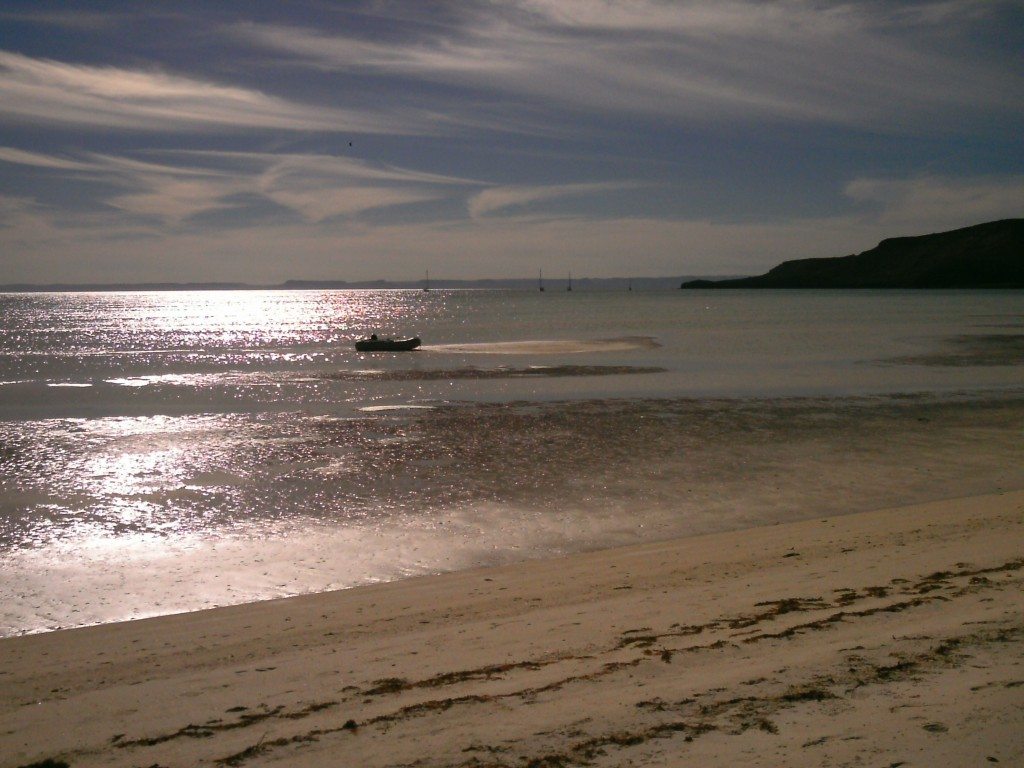 Once again, it was a small world, when ‘Thea’ pulled into the bay. We had met the owners on the shuttle coming back from the airport in Cabo.  Doug and Martha came over for a couple of beers and we benefitted from all their sailing experience they shared with us.  We hope to cross paths again with ‘Thea’.

The next day we pulled anchor and headed towards La Paz and pulled into Bahia Fasto.  Again, we ran into some cruisers Bill knew at Marina Cortez in San Diego, Dave and Samantha.  Not only was this a peaceful cove but it had a Palapa bar we were able to dinghy over to and enjoy a margarita!  Too many bays like this could prove to be dangerous! 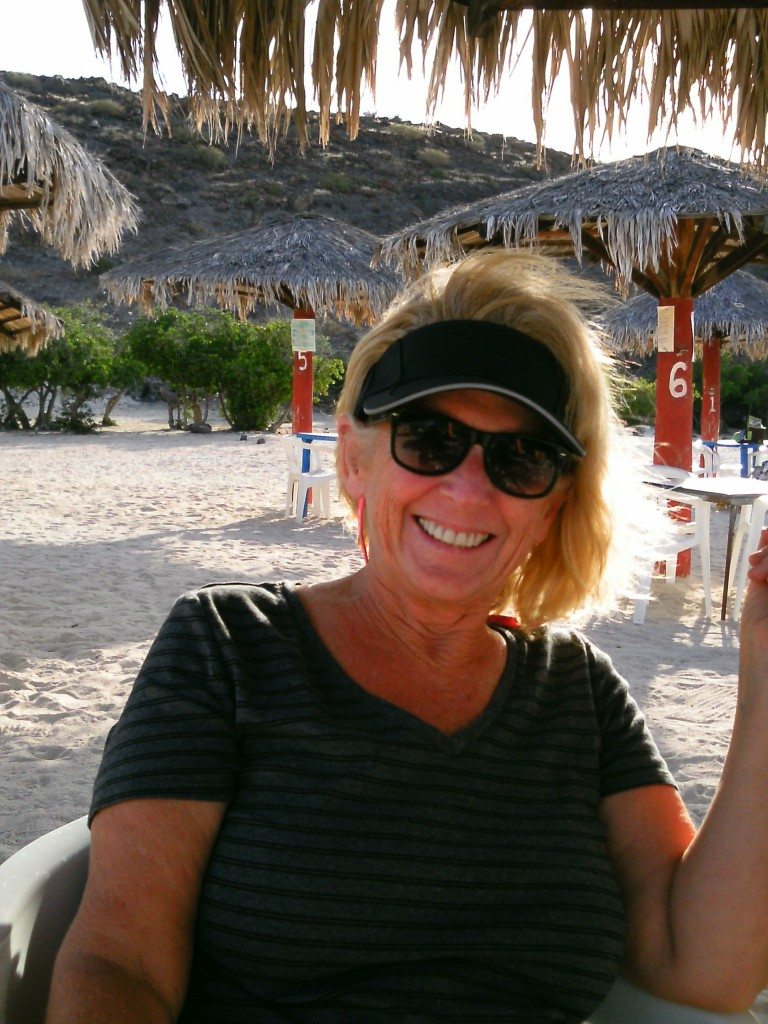 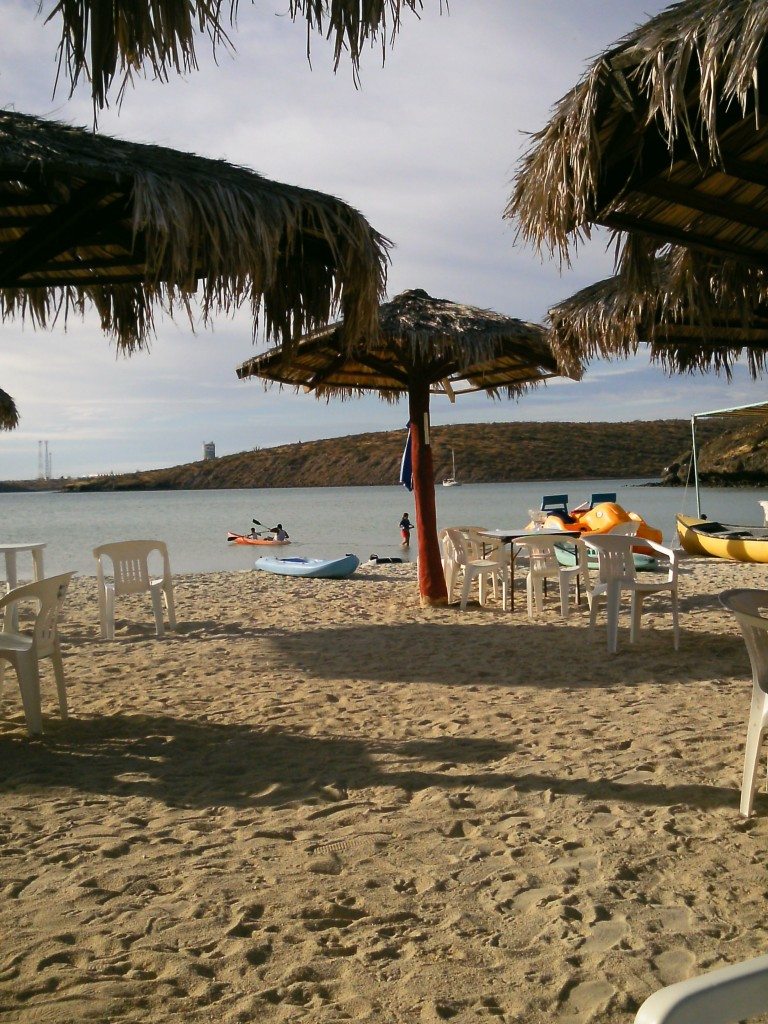 We had a great visit with Robert and would love to have others come down. 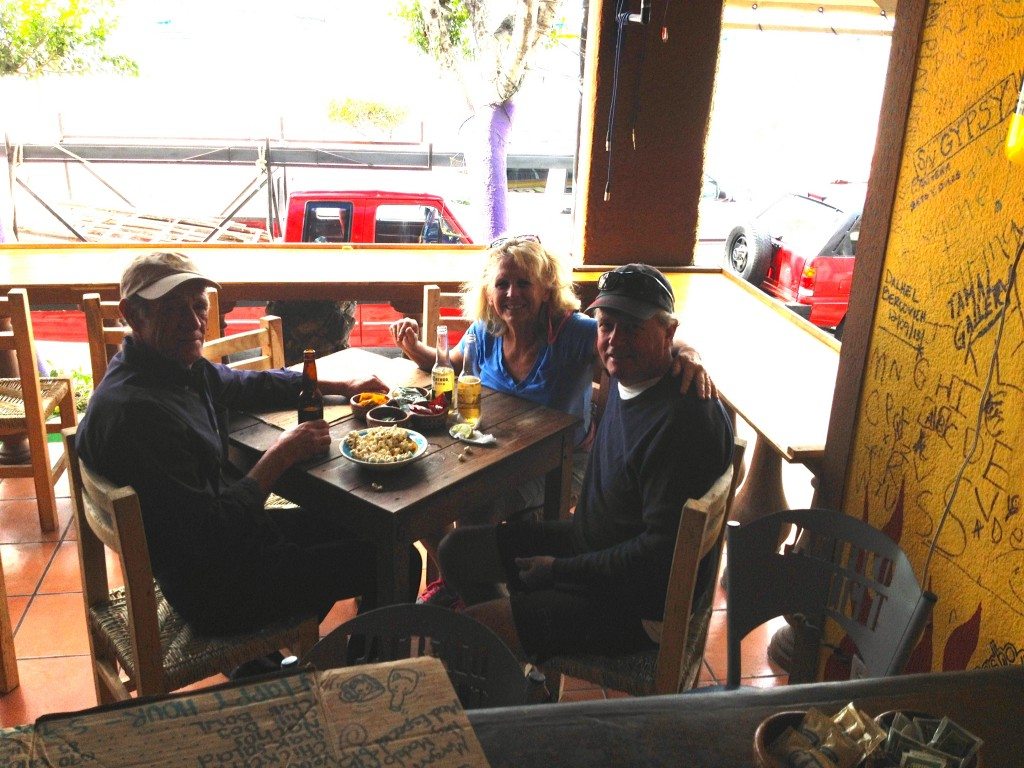 We are now back in La Paz until the end of the month and then will set sail up the Sea of Cortez.  Not sure where we will end up or when we have internet access again but after this little bit of bay hopping we are very excited to get started.  We will keep you posted!

CHECK OUT MORE PHOTOS IN THE PHOTO GALLERY!