I am writing this as I watch ‘Just Dandy’ get pulled out of the water to be put on the hard (dry dock) in San Carlos, Sonora, Mexico.  We have spent two weeks getting her ready to sit for 7 months in the heat and wind. 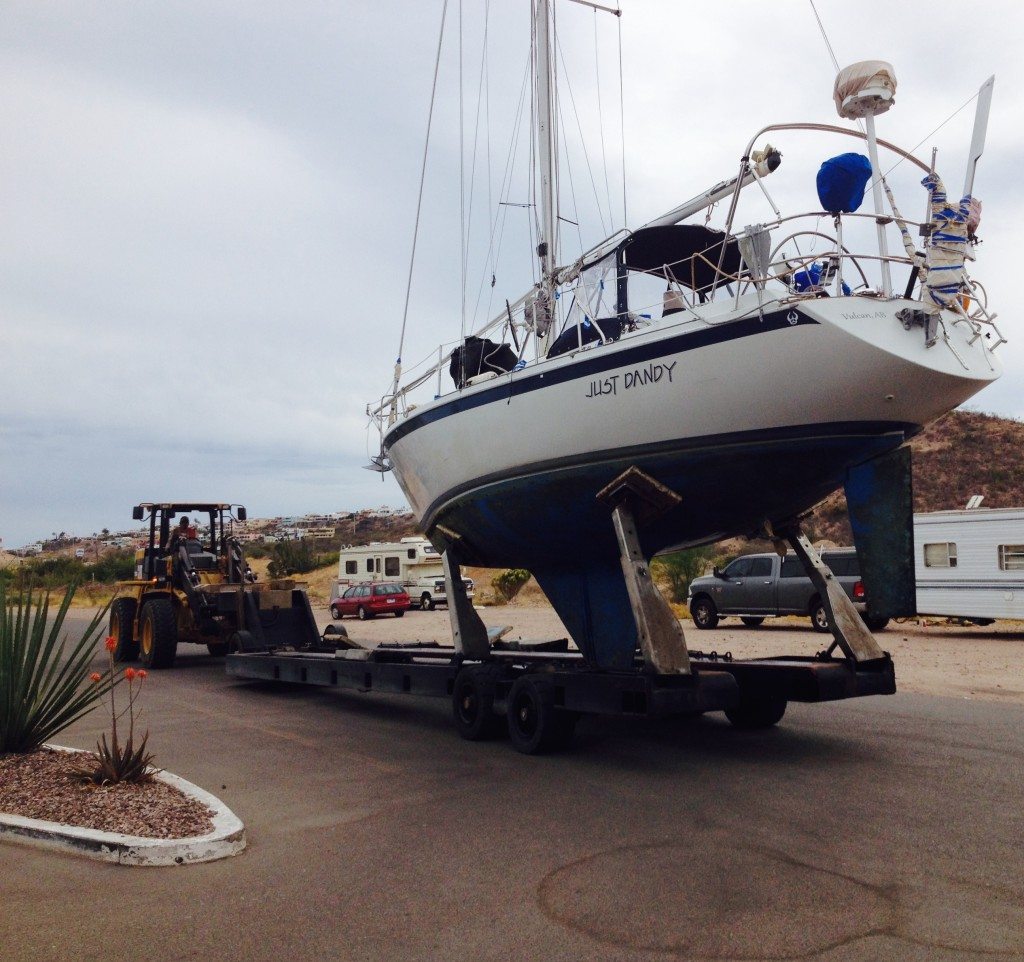 But before I go into a few of those details, let me tell you about our last stop on the Baja, before we sailed across the Sea of Cortez….Santa Rosalia.

END_OF_DOCUMENT_TOKEN_TO_BE_REPLACED

Not only did Bill win against the Wasps but he won 900 Pesos at a random card game called ’31’ in Punta Chivato!  Let me fill you in on our adventures since I returned to Loreto and Bill to finish our Winter adventure. 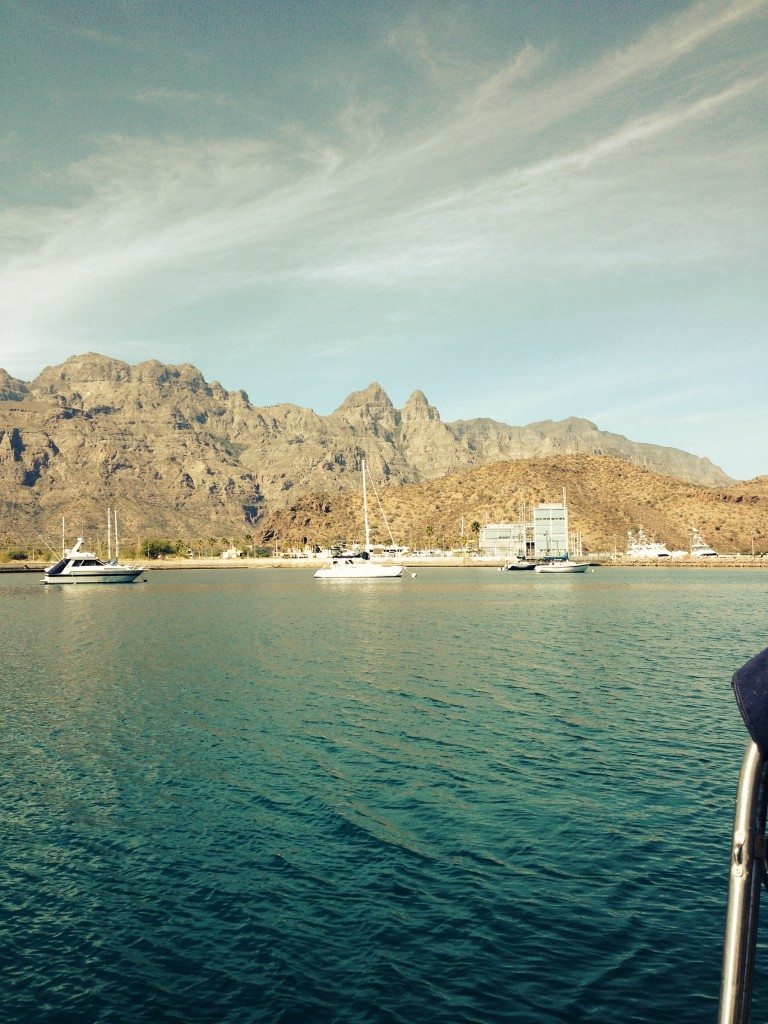 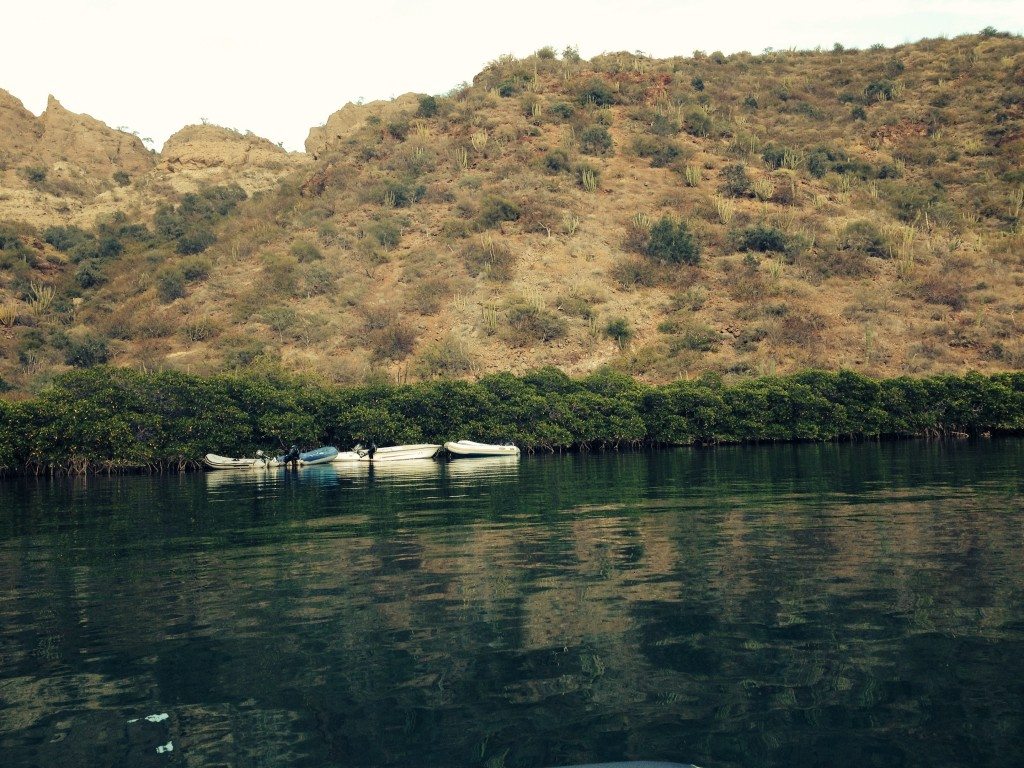 Parking at the Mangroves for the Potato Bake

I learned that we needed a new Joker Valve.  This valve keeps the toilet from back-filling and I visualize it looking like the smile on the Joker from Batman.  And as you can imagine, backups are not something you want on board the boat. Yuch!  On Thursday, Feb. 20, we decided to look in Loreto to see if we could find a valve or else we were going to have to rent a car and drive back to LaPaz.  Loreto is about 25 minutes from Puerto Escondido, if the road is not under construction, which it is.  There are no shuttles or real bus service, so we decided to hitchhike.  Before even getting to the main road, a van pulls over and picks us up.  Once again, it is a small world, as Bill knows Dawn from Marina Cortez in San Diego.  They had a lot of fun catching up and reminiscing.  However, our trip into Loreto was unsuccessful, but Bill being the problem solver he is, devised a way to make the valve work until we reach San Carlos.  Yea!!!! 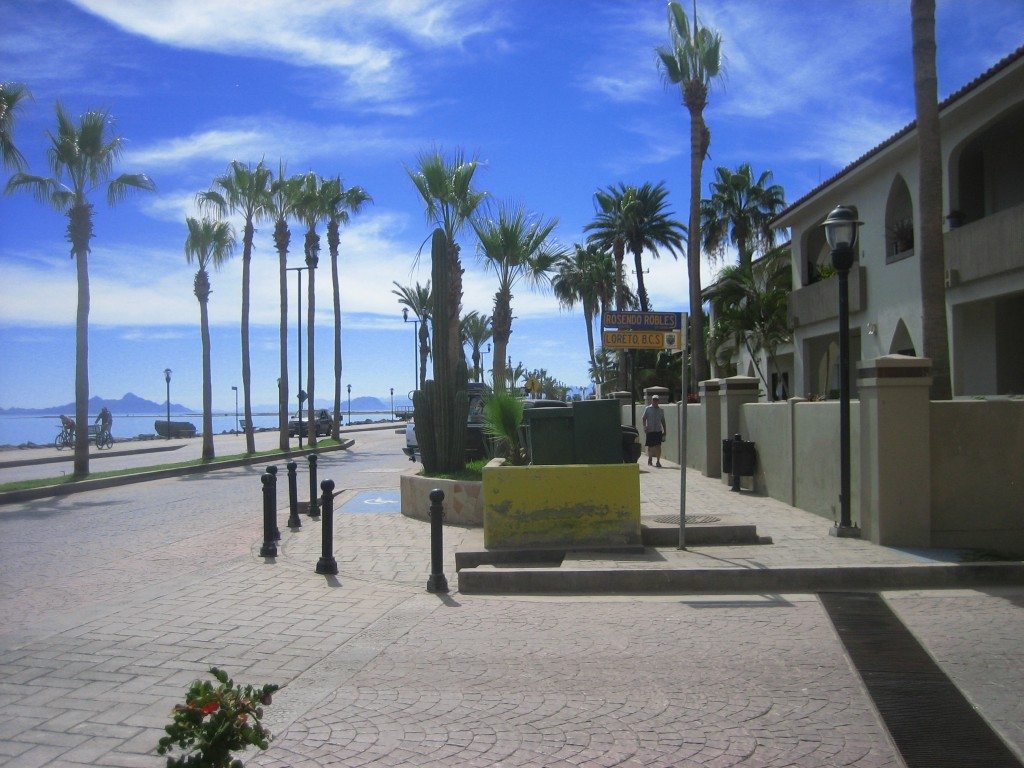 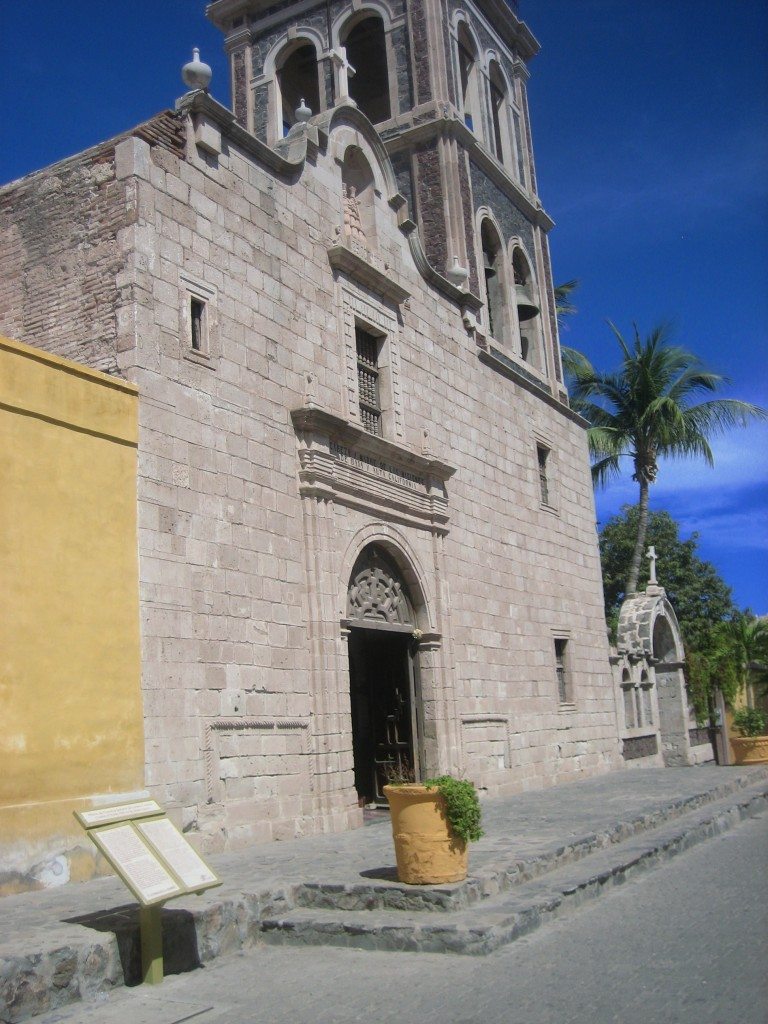 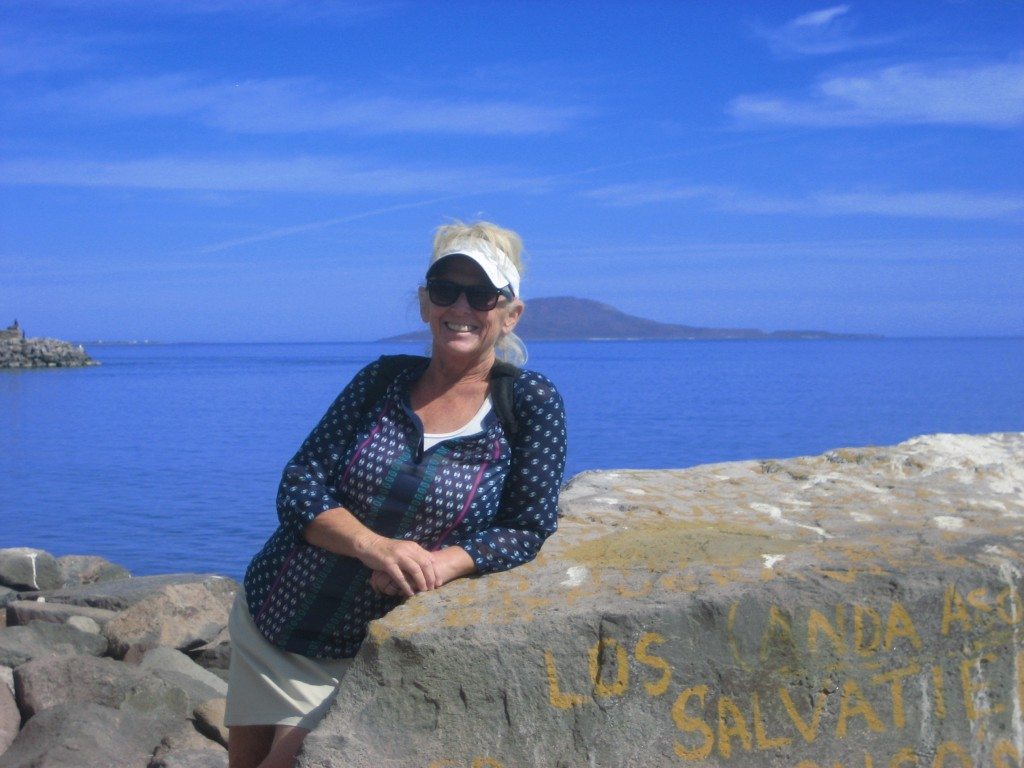 We went into Loreto the next day to provision so that we can start sailing north again.  What a great day, site-seeing and eventually ending up at a Pig Roast, sponsored by the Optimist Club.  We enjoyed live music, great food, and we were happy to buy a ticket to support the club.  They introduced a little girl who had leg prosthetics that the club had bought for her.  We watched her run and play.  How cool is that? 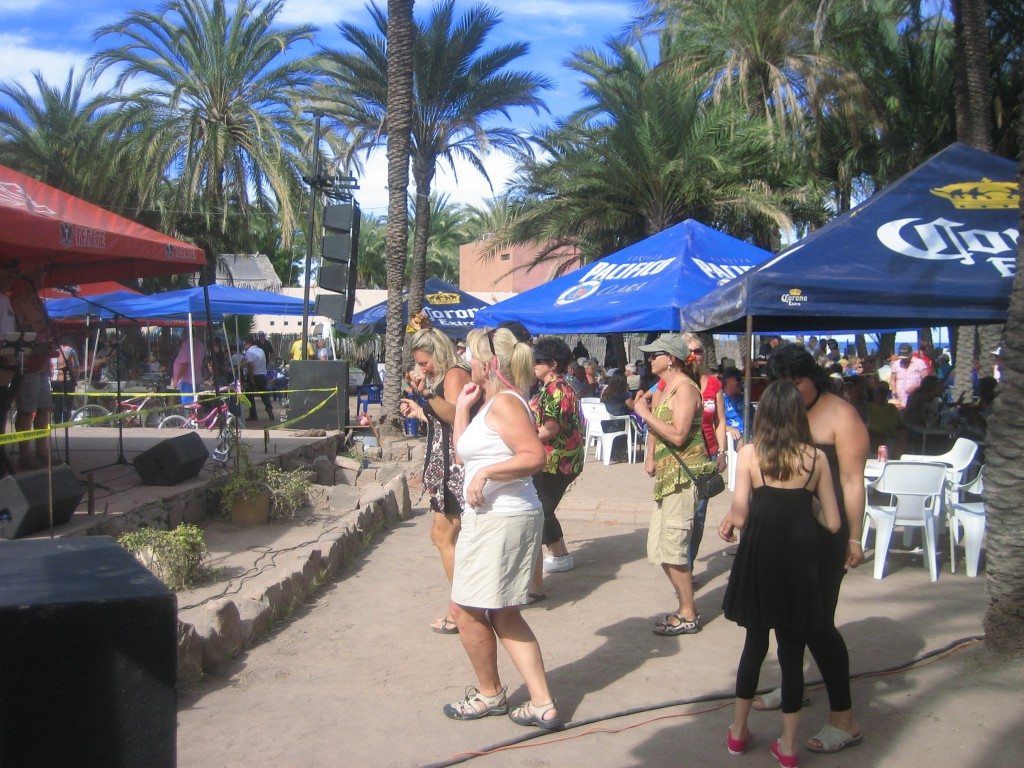 Upon leaving Puerto Escondido, we sailed to Balandra and the next day for Isla Coronado.  This place was created from a volcano and is covered with Lava rock.  We took a great hike and enjoyed the bay. 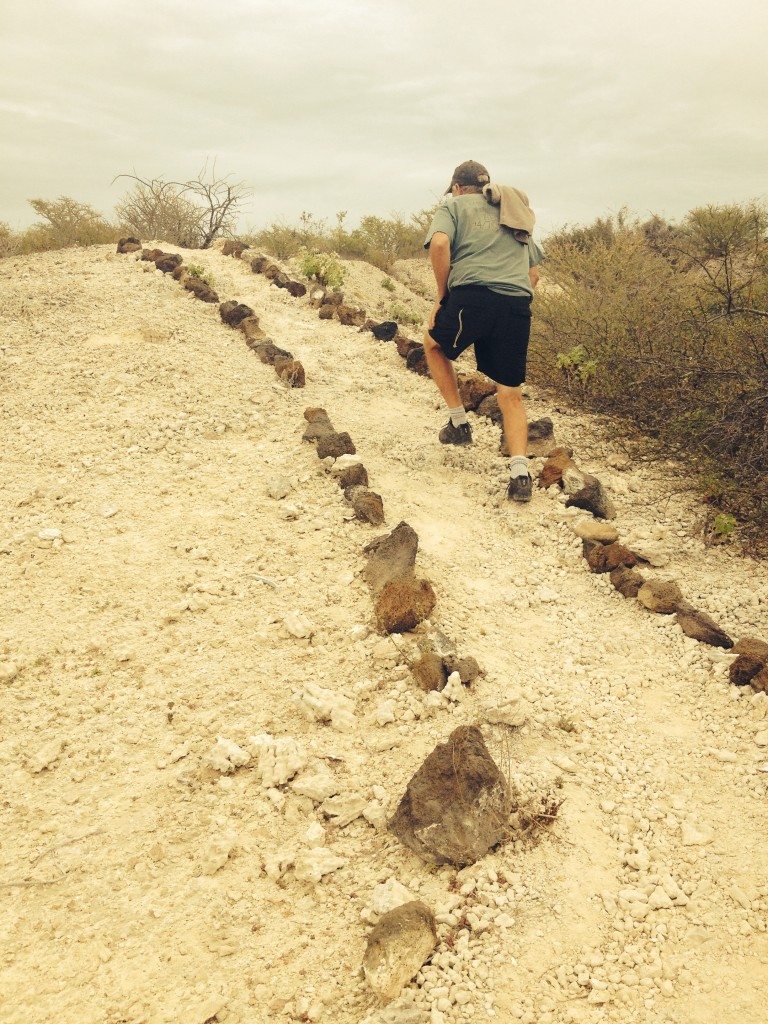 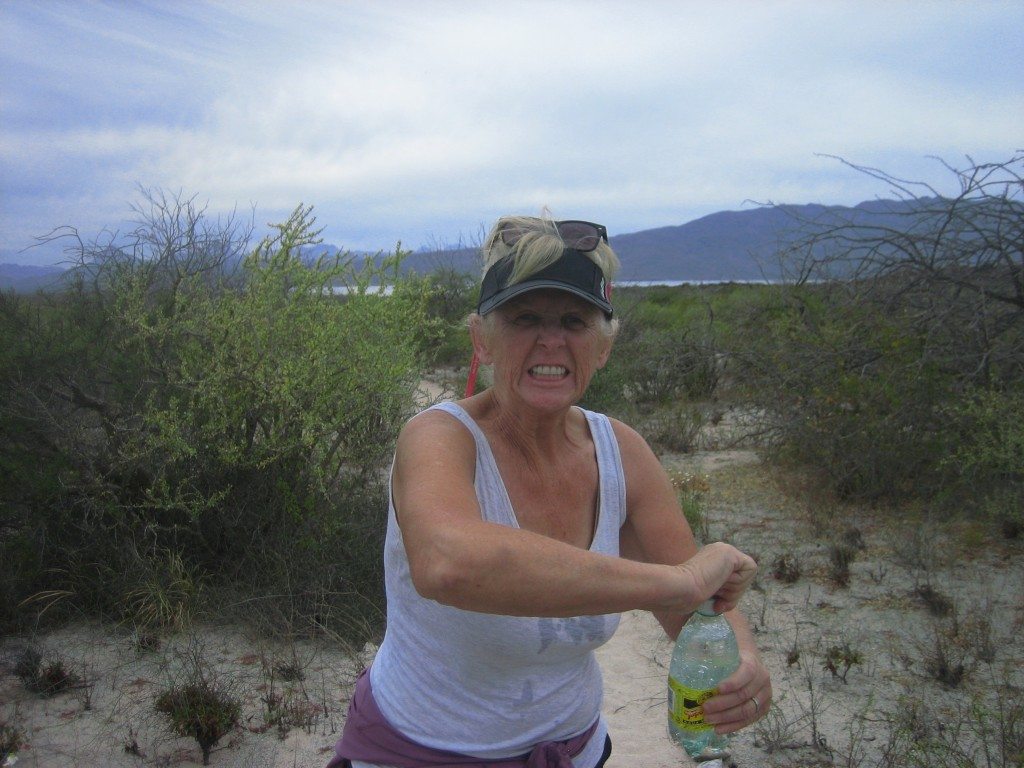 This is also were we did battle with a bunch of Bees. For Christmas, Bill gave me a bug zapper.  When it hits a bug, a spark goes off.  I swatted a Bee and zap, I got him!!  However, I did not realize that it only stuns them and as I came to pick up the carcass, it stung me.  Bees 1, Kim 0…I am trying to type this with a very swollen right index finger.  Bill had a lot more success with the wasps, thus his first big win! 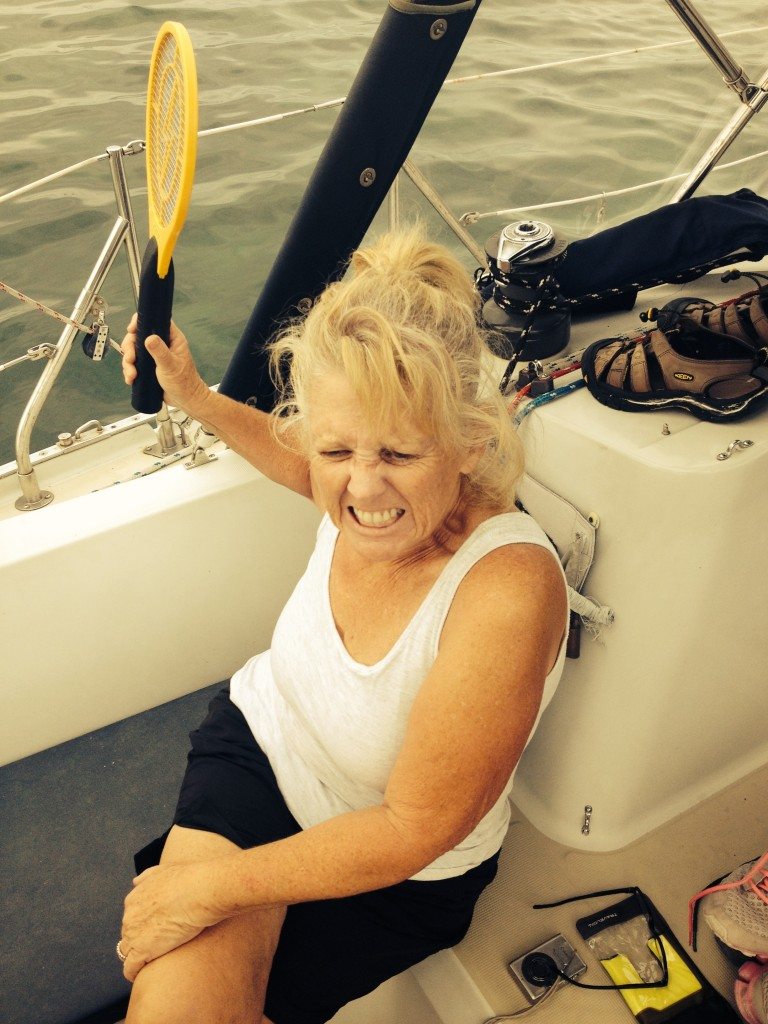 Wednesday, Feb. 26th found us sailing into Caleta San Juanico.  Probably one of the hottest days we have had and one of the coolest bays we have anchored in.  (By the way, we are getting better and better at dropping and pulling up anchor!). We stayed a couple of days exploring and enjoying the calm. 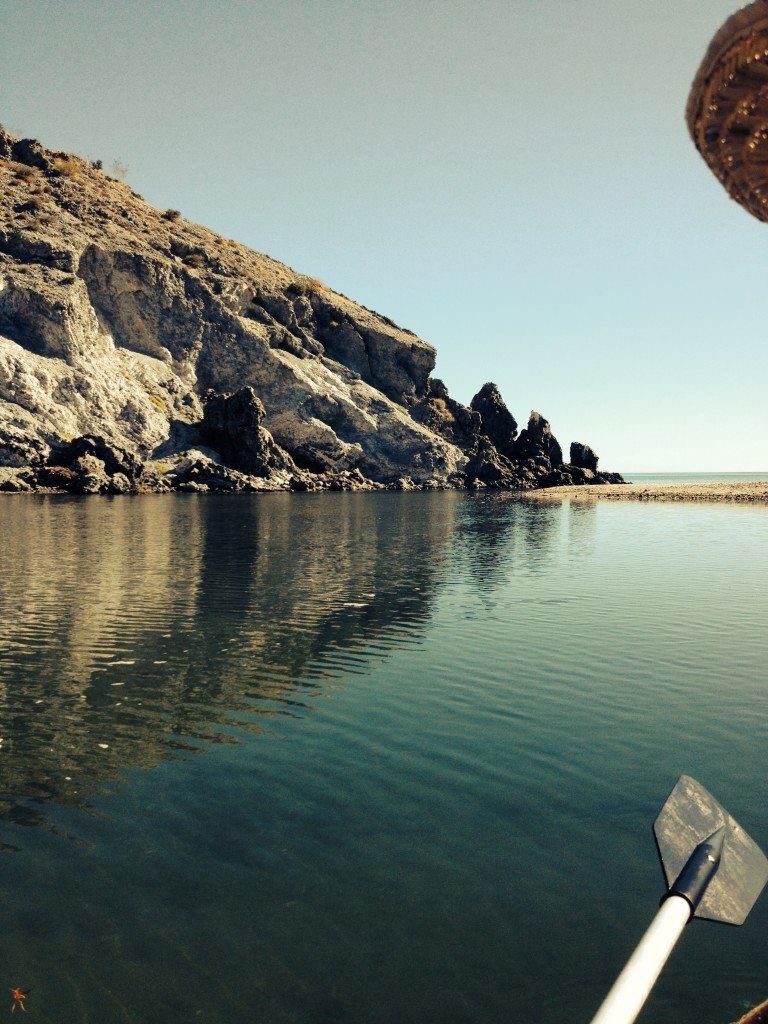 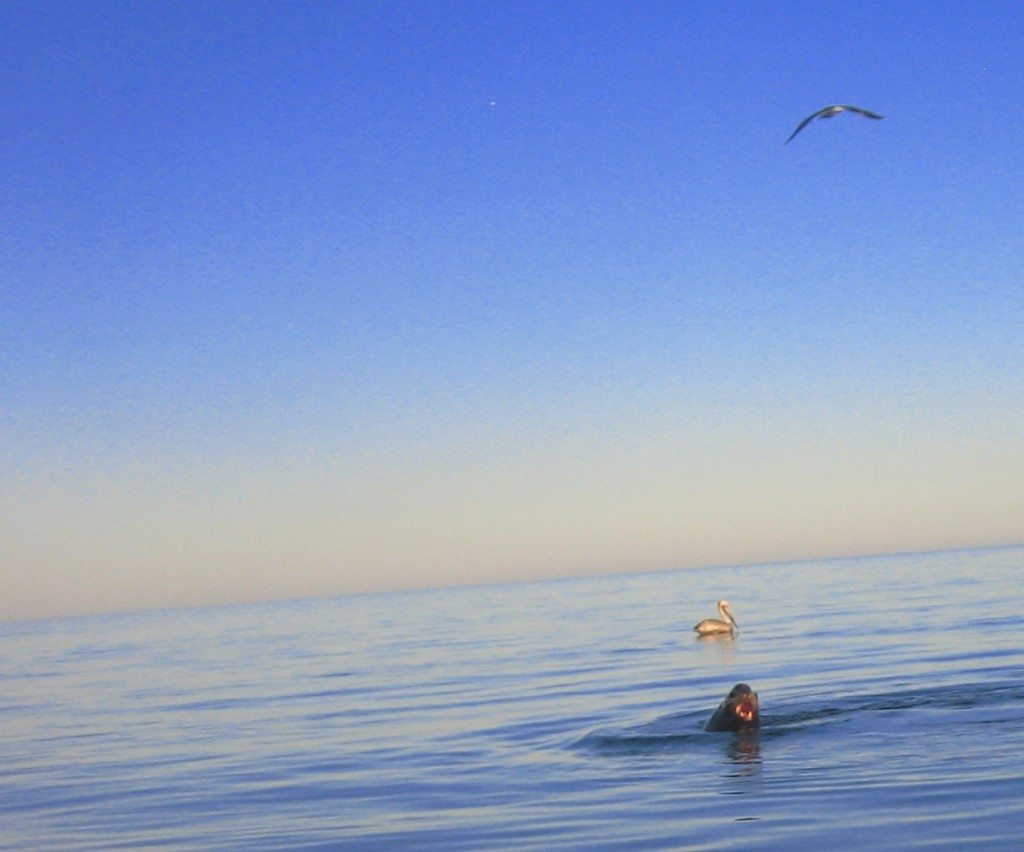 Letting us know who is boss 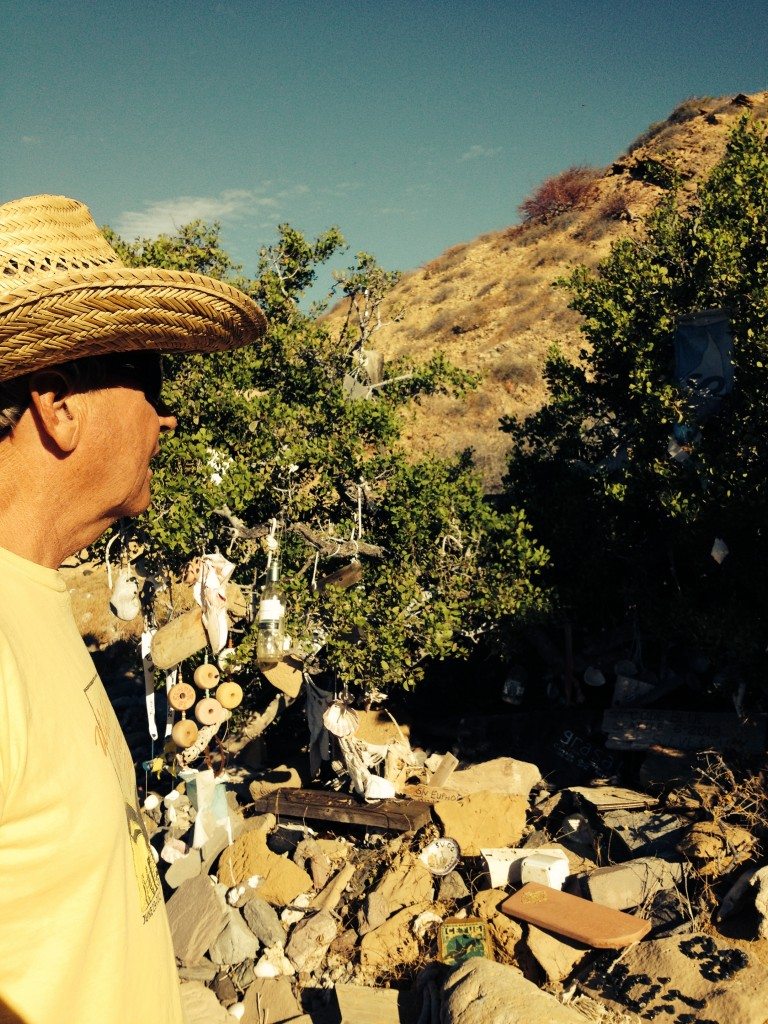 Checking out the Sailor’s Shrine 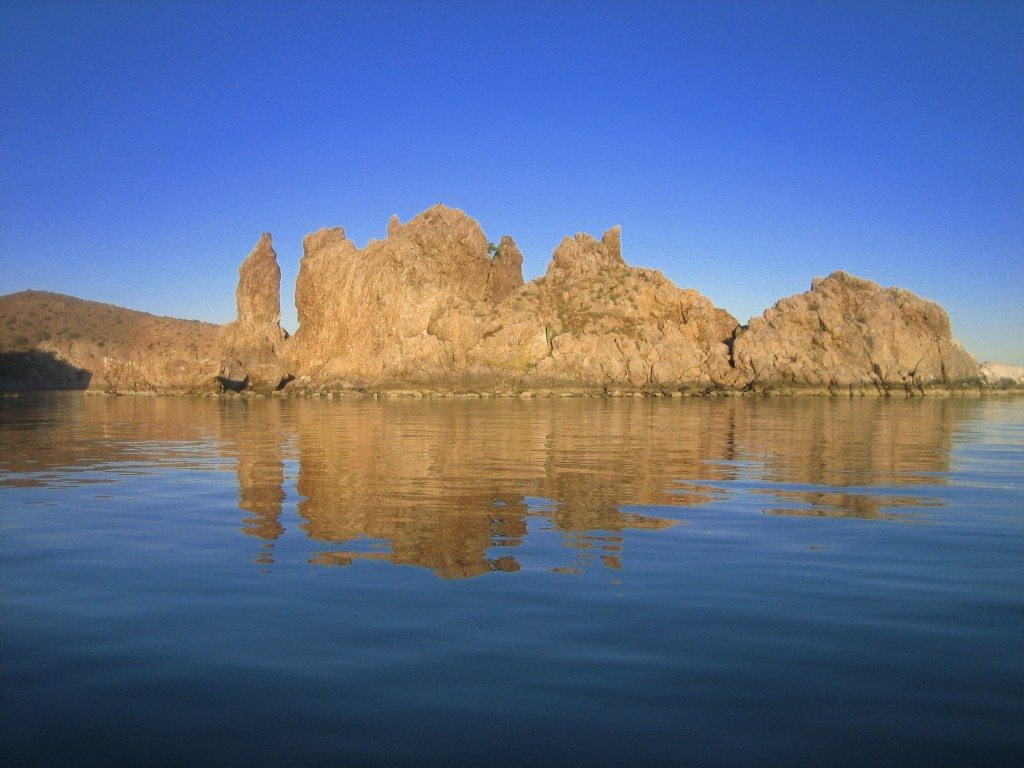 After motoring 55 miles in one day, 10 hours, we pulled into Playa Santispac.  Another cool area which is close to the town of Mulege.  People bring their RVs down and camp on the beach, some have built houses in the neighboring bay, and everyone has a great time.  A couple of fun little restaurants and all is good.  We took a hike around the point and hitch-hiked into town a couple of times as we had to stay here to wait out a Northerly blow. 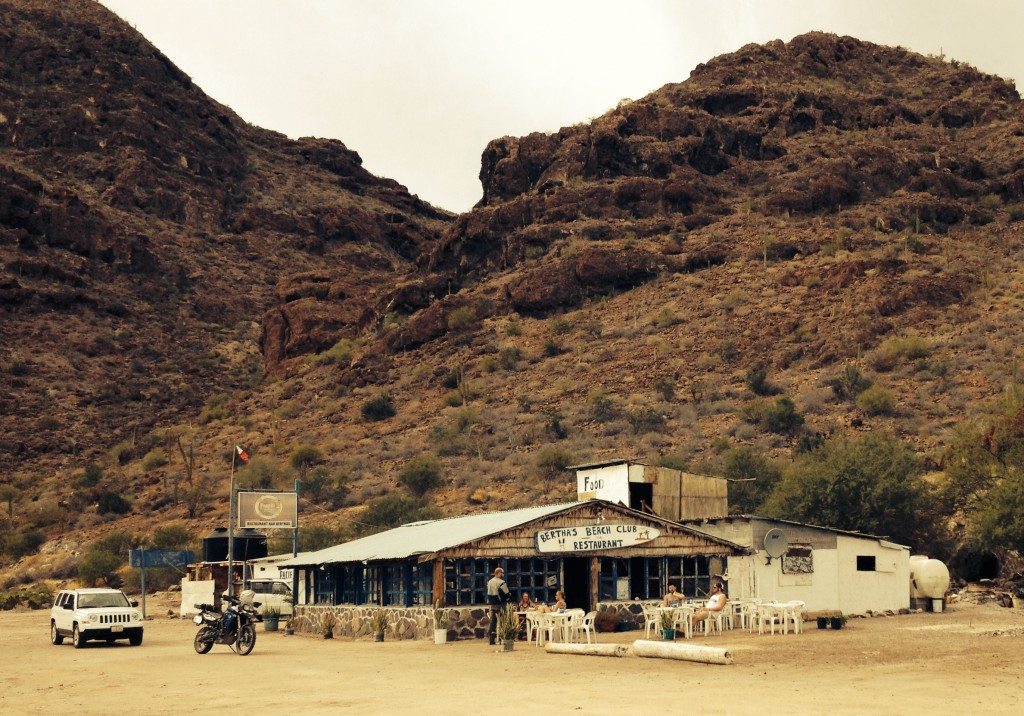 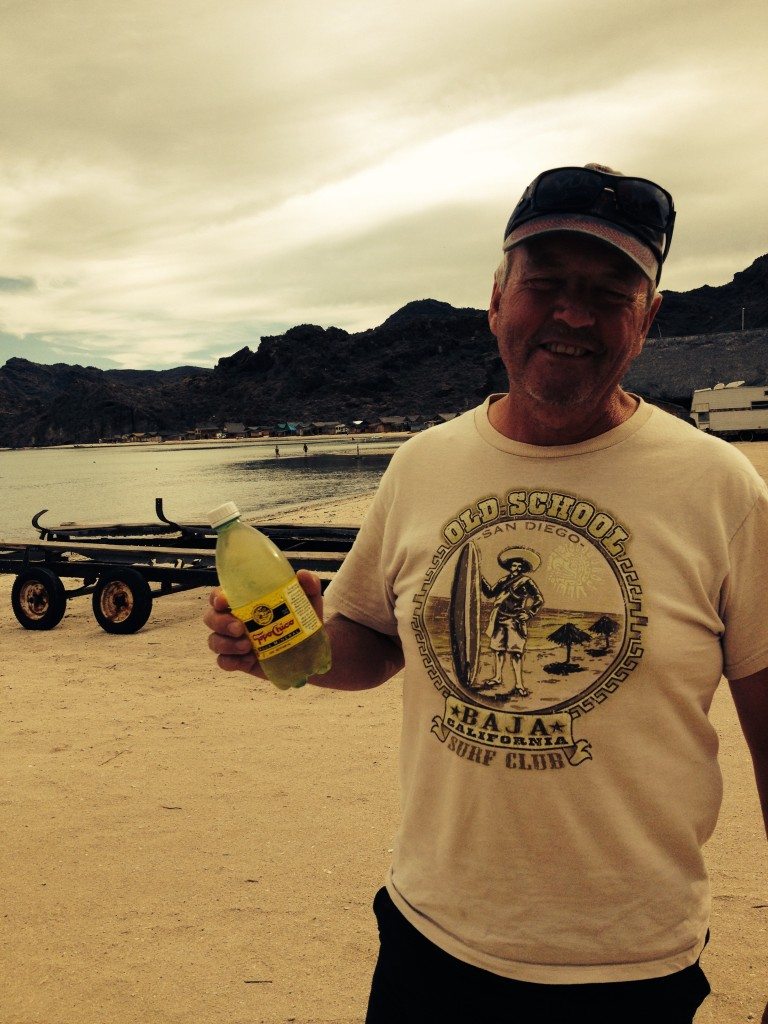 Great meal and Gasoline from Bertha’s! 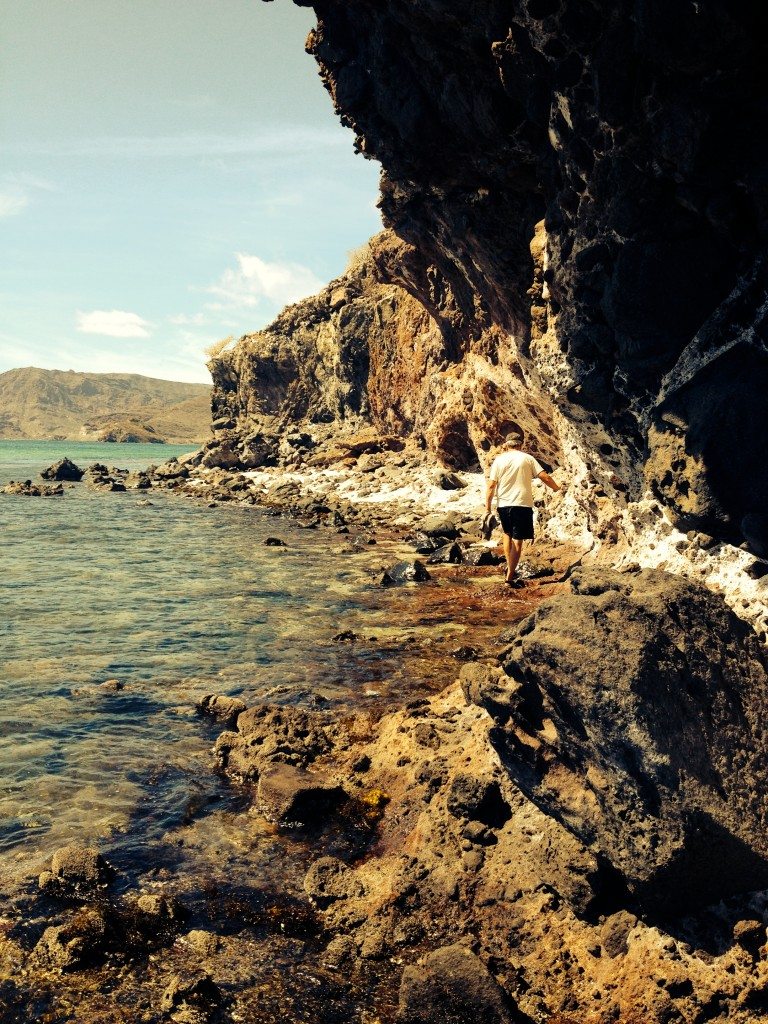 Walking around the point.

Our new friend Greg, who shares a mutual friend with Bill

So you are now probably wondering about Bill’s second big win…the 900 Pesos.  We left Playa Santispac and pulled into Punta Chivato, dropped anchor and wandered up the hill to find Julia’s restaurant we had heard about.  Interesting place, a deserted hotel, airstrip, hangars, and boat dock. Rumor has it, the cartel builds all this to hide money and never opens anything up?????

Well, anyway, we wander into this restaurant just as a whole lot of other gringos are entering and getting drinks.  Whoa, this is a happening place.  We discover that Tuesday nights is ’31’ card night. They needed a couple of other players to fill the tables so we said why not.  I ended up at the winners table 2 out of 3 times but Bill…he went to the winners table once and won!  900 Pesos!!!  Well, we paid for dinner, our ante, a hat, 2 cozies, and a calendar and came home with some left.  We even got invited to a funeral the next day but passed on that. 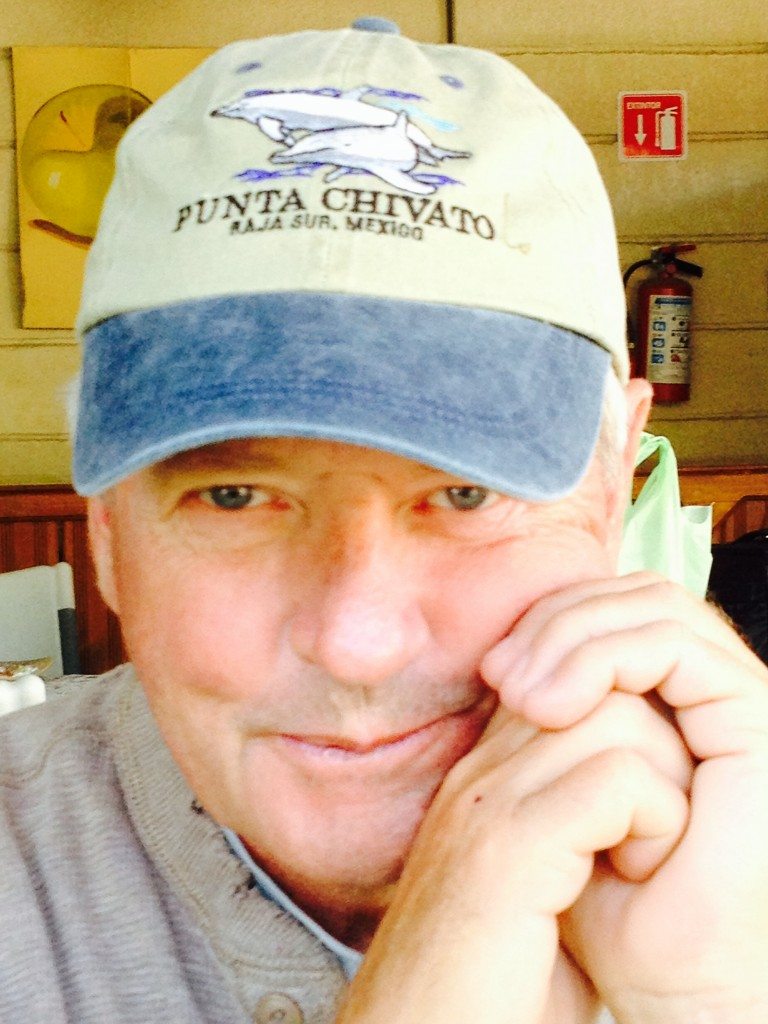 We are now in Santa Rosalia and planning our crossing over to the mainland.  I’ll let you know how that goes….